This morning was by far the earliest one for me and Nika. We had to get up at 6:00 in the morning, and be ready till 7:00 because our friend's Zoe came to pick us up to drive us to the bus stop so we wouldn't miss the bus. We arrived on time, said hi to Zoe's friend that also went with us and it was time for the bus to take off. We had WiFi on the bus so the ride went by quickly, but in total we drove for 2h and a half.

When we arrived and got off the bus weren't too happy because it was quite cold and it had snowed but we were excited to explore the city and decided that some snow and wind won't stop us.
As I mentioned, Zoe's friend has been to Tallin a couple of times so she was the tour guide for the day and showed us around, took us to different places and even explained some interesting details. We first made a stop in a shopping mall, and on the was there we crossed a beautiful park. 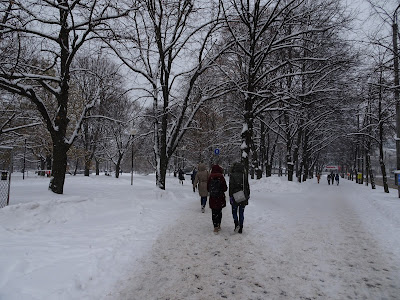 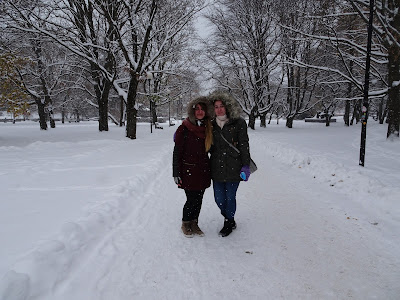 After the short break at the mall, we decided to walk to the old part of the town, that was about 15minutes away. On the was there we passed Tallin's biggest Opera/Theatre house. The old town is truly so beautiful, and on the streets of the old part we spotted some waiters/people working for different restaurants, dresses like the people in the medieval ages inviting quests and tourist into their restaurant. 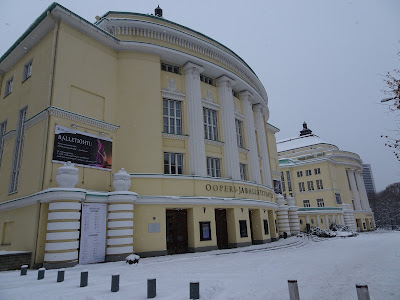 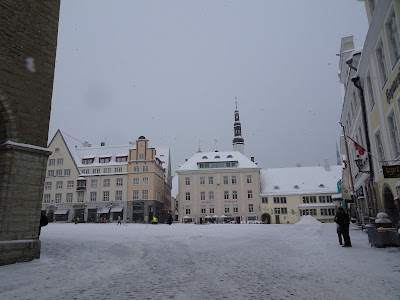 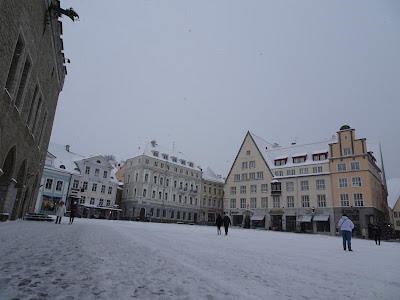 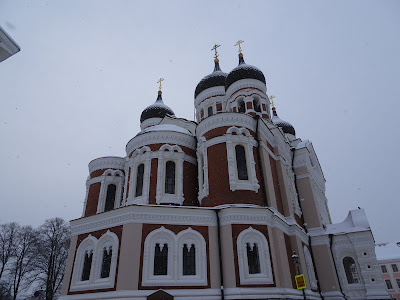 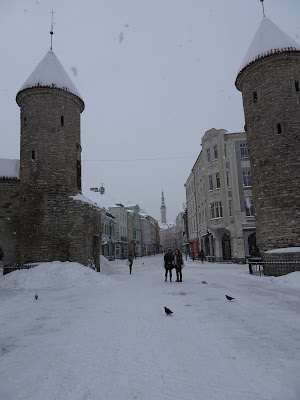 While exploring the old part of Tallin we also passed a few churches, one was especially beautiful. For another one, our friend told us that there was a man that lived in the city and he drank a lot and smoked a lot and everybody when he was bad. Just before dying this man decided, that he wants his body to be placed on the ground in the front of the church, so people will walk on him, beause he was aware of his bad behaviour.


We really spent quite some time in the older part of the town, we visited a few local art shops and also found the viewing point from which we could see almost all of Tallin. Unfortunatelly tho, because there was snow all day and a bit of fog, we couldn't see the sea side from the viewing point, but at least we have a reason to come back! 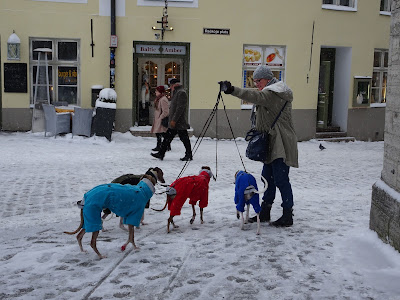 On the way back from the top (viewing point) we passed smaller old fountain and the legend behind it is that back in time, people that lived in the city used the watter from that fountain for everyday uses and one day they thought/ realized that there was supposely a monster in the fountain and they started throwing cats in it, so the monster will give them good water to use again. We thought that was so weird and interesting and funny! Also the foutain is locked now, so all the cats are free to roam the streets of Tallin carelessly! 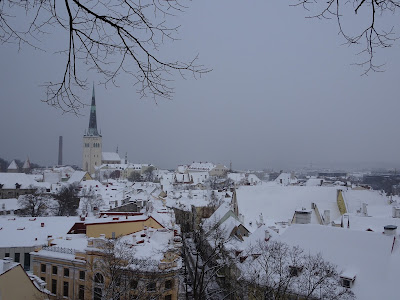 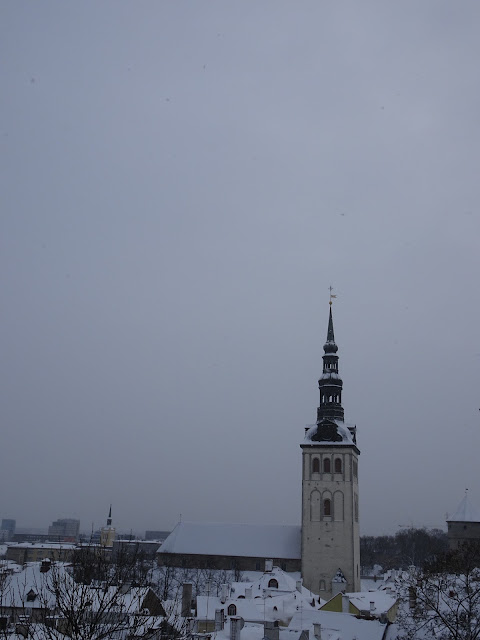 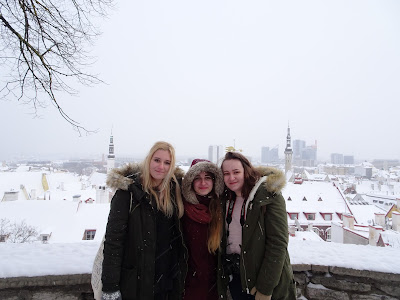 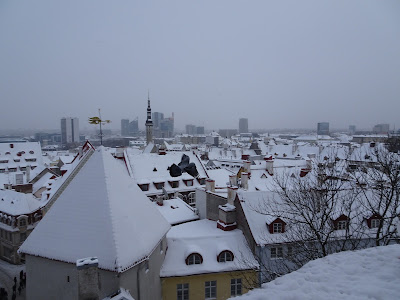 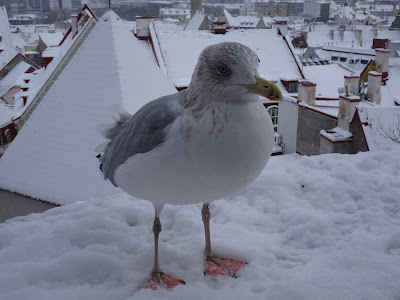 After we finished with the trip, we head back to the shopping mall to grab a hot drink, and than after some time also head back to the Tallin bus station, got on the bus and drove back home.

p.s.: we will be updating the post with more, better pictures tomorrow! Our wifi in the hotel is quite low and slow, so we're sorry! But we did make sure to at least uplaod the post and a couple of pictures.
ob 14:04 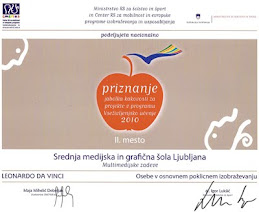